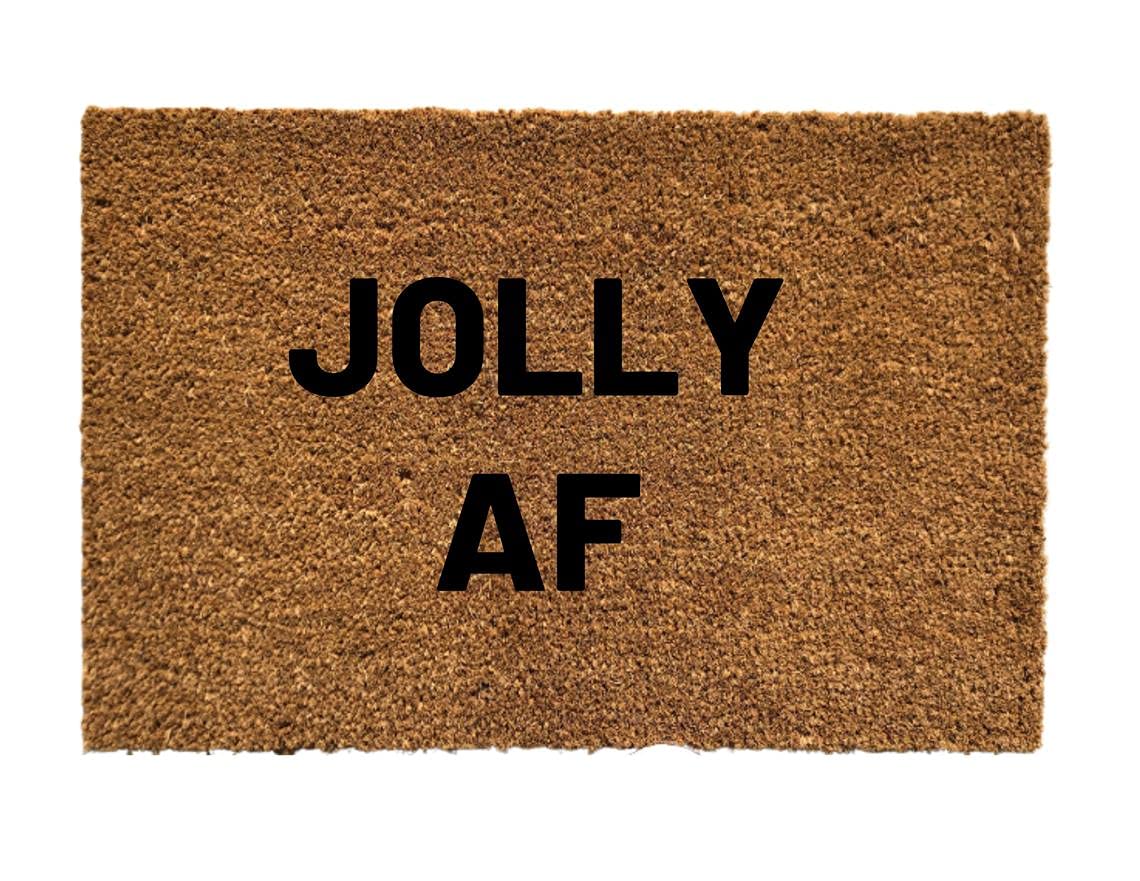 - Hand Painted and Made to order. - Our doormats are high quality 99.5% coir 0.5% polyethylene. - Rubber backing to prevent your doormat from slipping. HOW TO CARE FOR YOUR MAT: - Clean by giving the mat a good shake. - Keep in a dry area to prevent fade amp; wear. - Though we use all-weather paints and a UV sealant to ensure that your mat last you a long time. We suggest that you keep your mat as dry as possible to avoid darkening of the fibers.